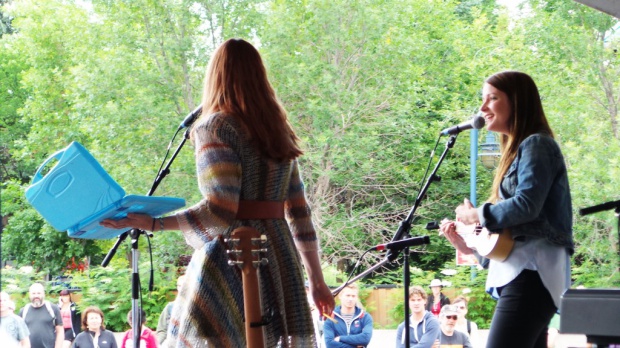 What a weekend! Only five weeks after being devastated by unprecedented flooding, the city of Calgary came out in full force to celebrate music from around the globe. Amanda and I played in workshops with artists hailing everywhere from Australia to Hamilton. We danced to the insanely joyful sounds of The Cat Empire, joked with Royal Canoe, and caught up with friends like Danny Michel, Treasa Levasseur and Corin Raymond. But I have to say that the biggest rock star we met all weekend was none other than the Mayor of Calgary himself, Naheed Nenshi, who came to our concert on Sunday afternoon. Can you tell I’m starstruck in the photo?

You can’t keep a great city down. We love you Calgary!
*Sheila

Check out the review of our Sunday Concert here 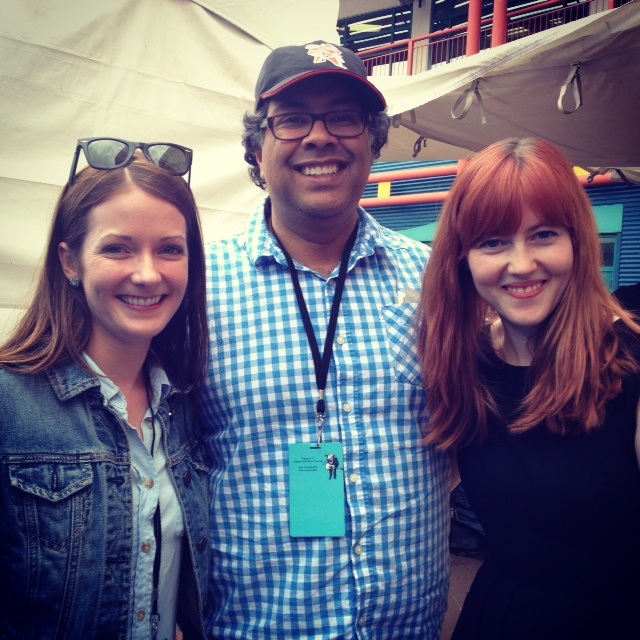